Mann’s The Trials of Orpheus, investigates how 16th century writers draw on the Orpheus myth to conceptualize the occult power of eloquence

In ancient Greek mythology, the lyrical songs of Orpheus charmed the gods, and compelled animals, rocks, and trees to obey his commands. This mythic power inspired Renaissance philosophers –they wanted to know: How do words produce action? Join Jenny Mann as she sheds light on the power of eloquence, its effects on English art and science, and her forthcoming release The Trials of Orpheus: Poetry, Science, and the Early Modern Sublime alongside an esteemed panel of scholars. 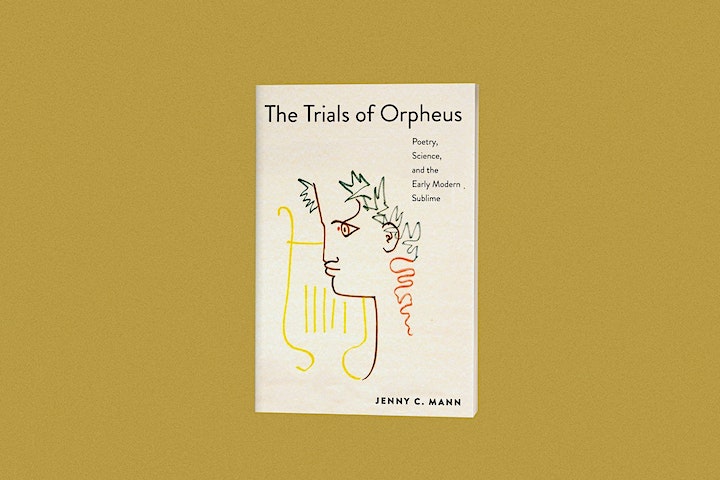